Galangal: How to Buy, Store, and Cook with Galangal Root

Galangal is a root that is often used in Southeast Asian recipes. Learn all about this mysterious root, what it taste like, what it looks like, and where you can find it for your next recipe!

If you have seen the ingredient galangal in Southeast Asian recipes and wondering what it is, I’m going to share all about this ingredient and where you can find it. 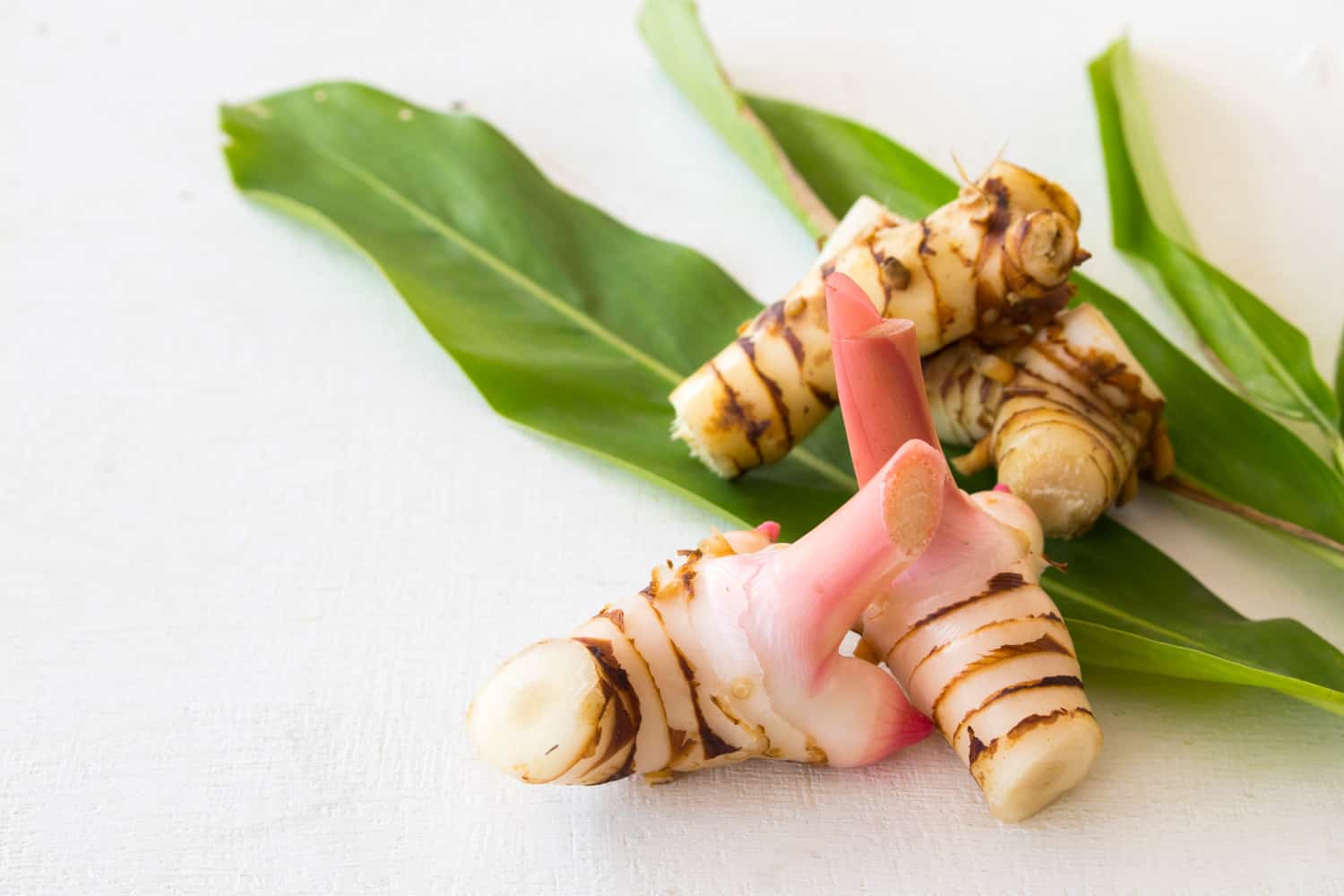 Galangal is a root that originates from Southeast Asia. It is often use medicinal ingredient, but also used predominantly as an ingredient in a lot of Southeast Asian dishes, especially in Thai cooking.

In 1000 AD, a German philosopher called galangal the “spice of life” because galangal was a great way to treat ailments in addition to cooking. 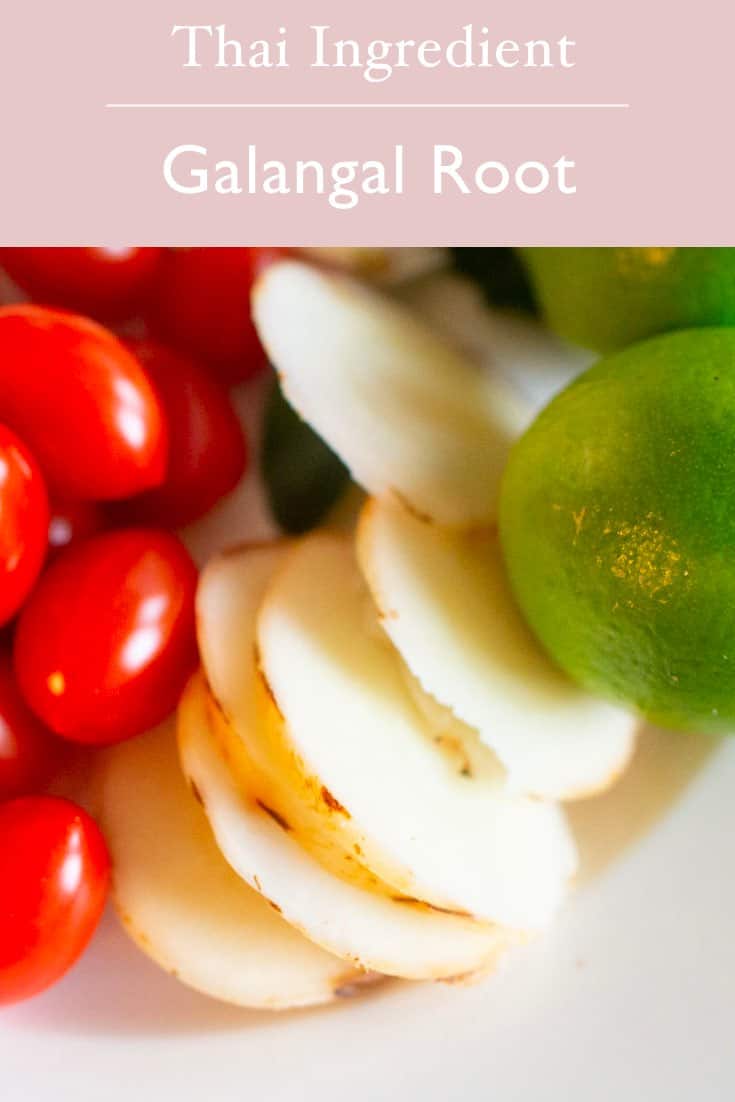 It is closely related to tumeric and ginger. It is a flavor that adds spice without the need for capsaicin (the chemical compound found in chilli peppers that make your mouth feel hot after eating a pepper).

The root grows in the earth as rhizomes.

Other Names for Galangal

When you are shopping for this elusive ingredient, you may find galangal referenced as Thai ginger and Siamese ginger.

It can also be known as galangale, galingale, and Laos Root.

If you have ever looked at both roots together, you could almost get galangal and ginger root mixed up.

Galangal and ginger root have a lot of commonalities outside of their physical appearance, including some cancer-fighting properties, anti-inflammatory relief, and digestive support.

While galangal looks similar to ginger root, ginger has a sweeter taste, whereas galangal has a more peppery test akin to tumeric.

Galangal has a smooth and pale skin with a hard, white flesh. The root has rings around the small branches that extend. 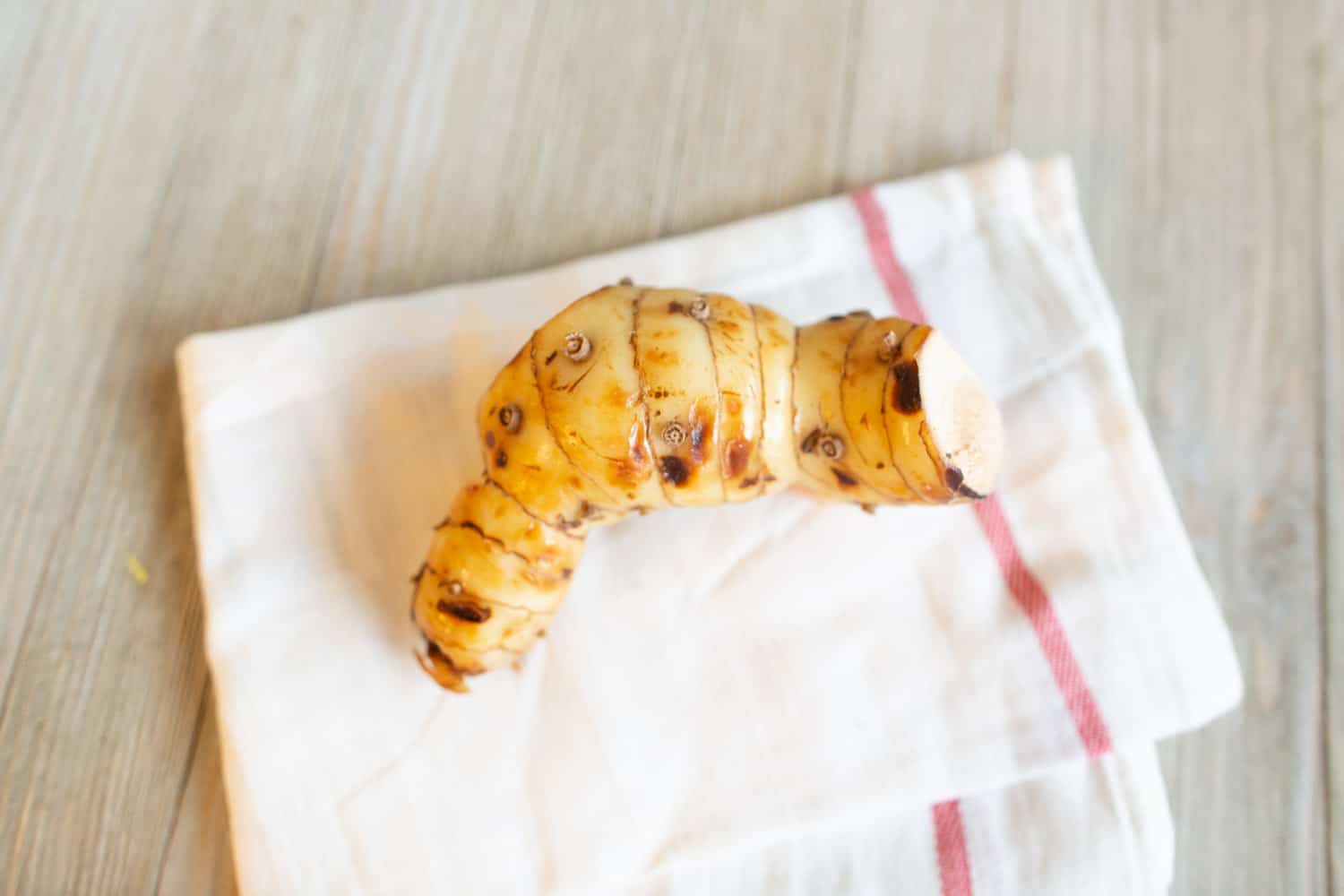 Galangal has a spicy, peppery, and tart taste compared to ginger. It has a slightly citric taste with a piney flavor profile with a little bit of heat.

Fresh galangal can also offer a sour, menthol flavor that is often popular when used in Tom Yum Soup.

How to Cook with Galangal

Galangal can be found in a lot of Thai cooking, for example with Tom Yum Soup. Galangal is essential in Thai curries. 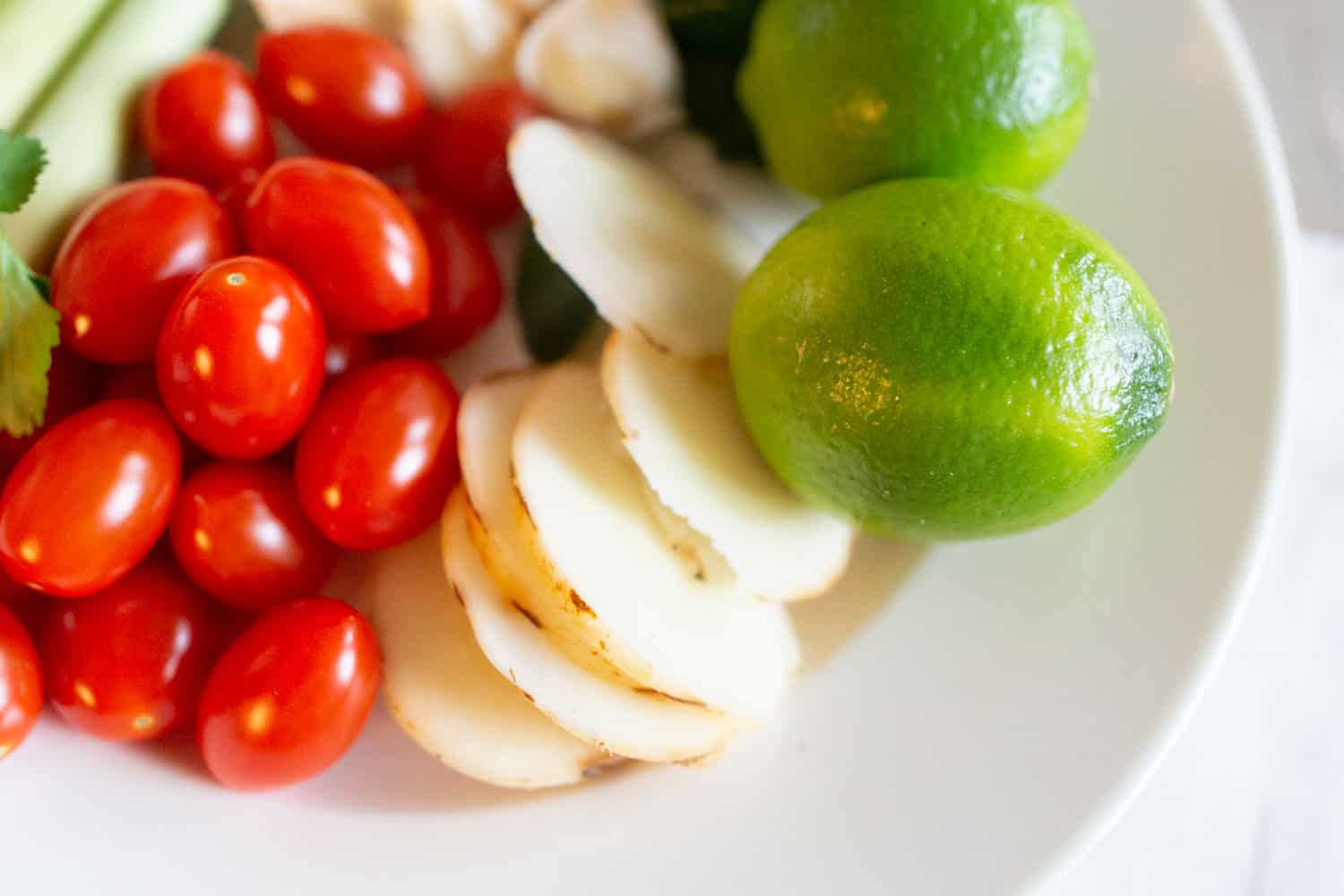 Where to Buy Galangal

Again, galangal can be found in the following forms:

While galangal does have a different flavor profile than ginger, if a substitution is needed, galangal can be substituted with ginger with a one to one ratio with the expectation of a much more amplified flavor with the recipe.

Lemongrass can also be used as a substitute for galangal which will offer a milder flavor profile with the citrusy taste that galangal often provides.

The medicinal properties of galangal are valued the world over. Galangal can be used to ease many ailments including nausea, respiratory problems, inflammation, and digestion.

It has antioxidant and anti-inflammatory compounds. It is also known for other health benefits that you can find here. Health conditions that galangal has been known for preventing and relieving include:

Similar to other rhizomes and popular roots, galangal has an amazing record of powerful properties to protect the heart and overall body.

Galangal paste is often found in Asian markets, which are often made from fresh galangal.

Galangal is often referred to as Thai horseradish. While both the roots from these plants can be used, they are completely different plants that both have bold flavor profiles.

Galangal has a peppery and piney flavor profile whereas tumeric has a subtle, earthy flavor tone.

Can you freeze fresh galangal?

You can freeze sliced fresh galangal if you use a vacuum seal to keep the flavor.

Can you eat galangal root?

Yes, galangal root can be eaten. It is popular in Southeast Asian cooking.

Is galangal the same as mango ginger?

No, mango ginger is a different plant than the galangal root. Both are similar in that they are closely related to turmeric. However, mango ginger has a subtle, earthy and floral flavor profile.

Asian spices like galangal are revered for not only their delicious flavors, but also their medicinal health benefits. The musky mustard overtones of galangal should not ever been swept underneath it’s most popular cousin, ginger. You can use it anywhere you would use tumeric or ginger, knowing that you’re going to be getting a bolder flavor with galangal in the mix.

Here are some other Southeast Asian recipes that come from my kitchen that I know you will absolutely love: 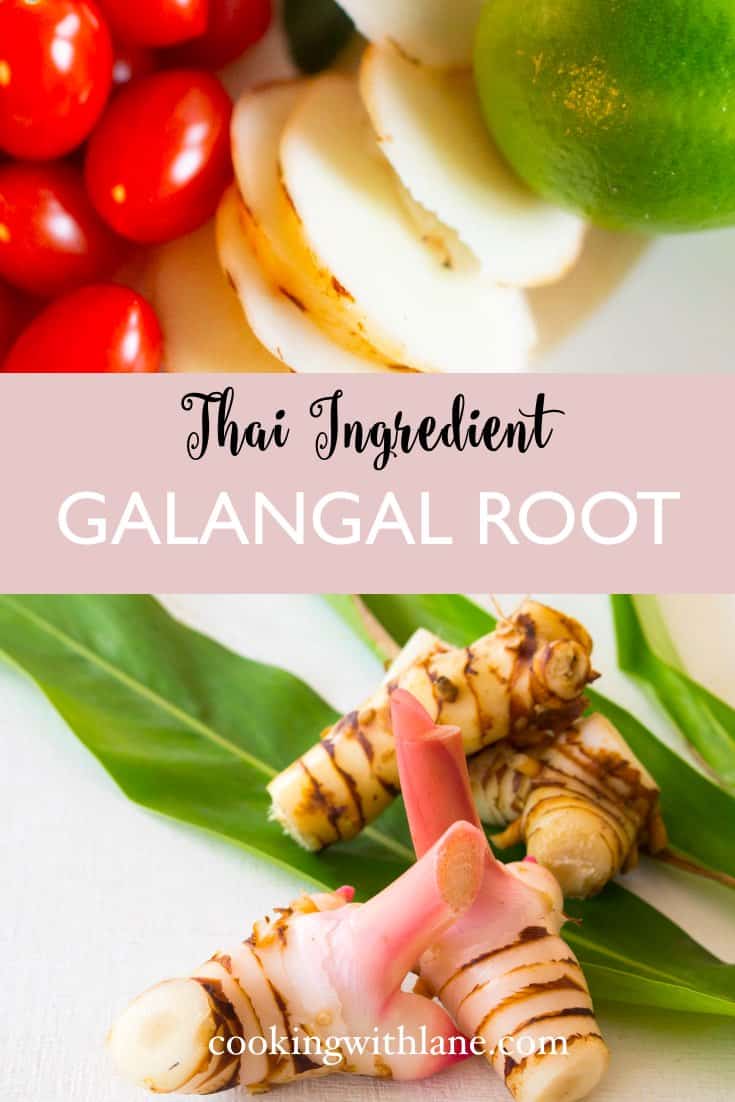