Home » Can you eat tom yum soup during pregnancy?

Are you pregnant and wondering whether you can eat tom yum soup during the pregnancy? I'm going to help you answer this exact question and what the specific ingredients that people are concerned about!

If you are pregnant, chances are you are watching what you eat if you are expecting a little one and trying to understand the ingredients that make up some of your favorite foods, like tom yum soup. 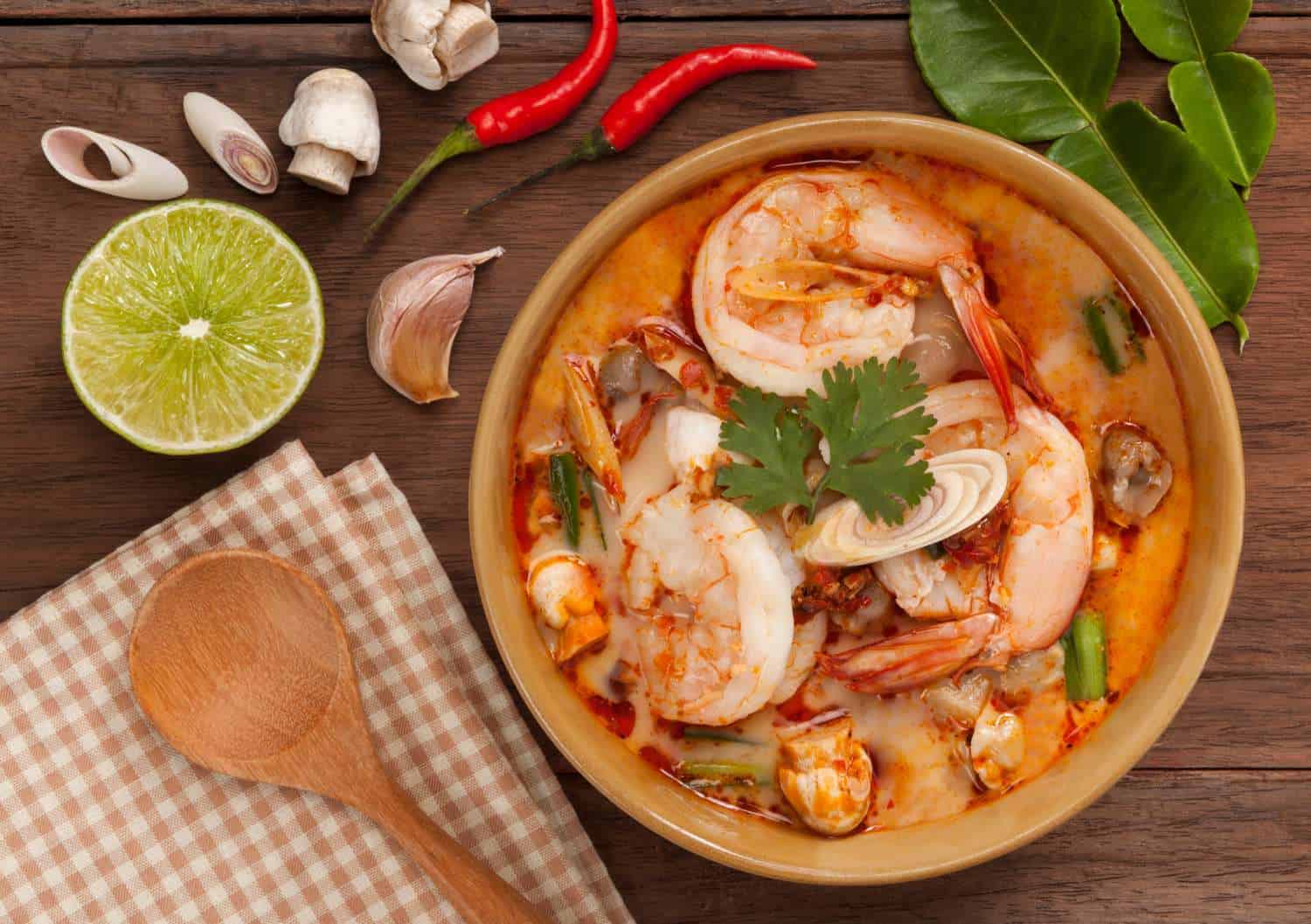 Tom yum soup is a delicious, authentic Thai spicy soup that is generally made up of the following ingredients:

Ingredients to Avoid in Tom Yum Soup During Pregnancy

The biggest concern from all of these ingredients is lemongrass. 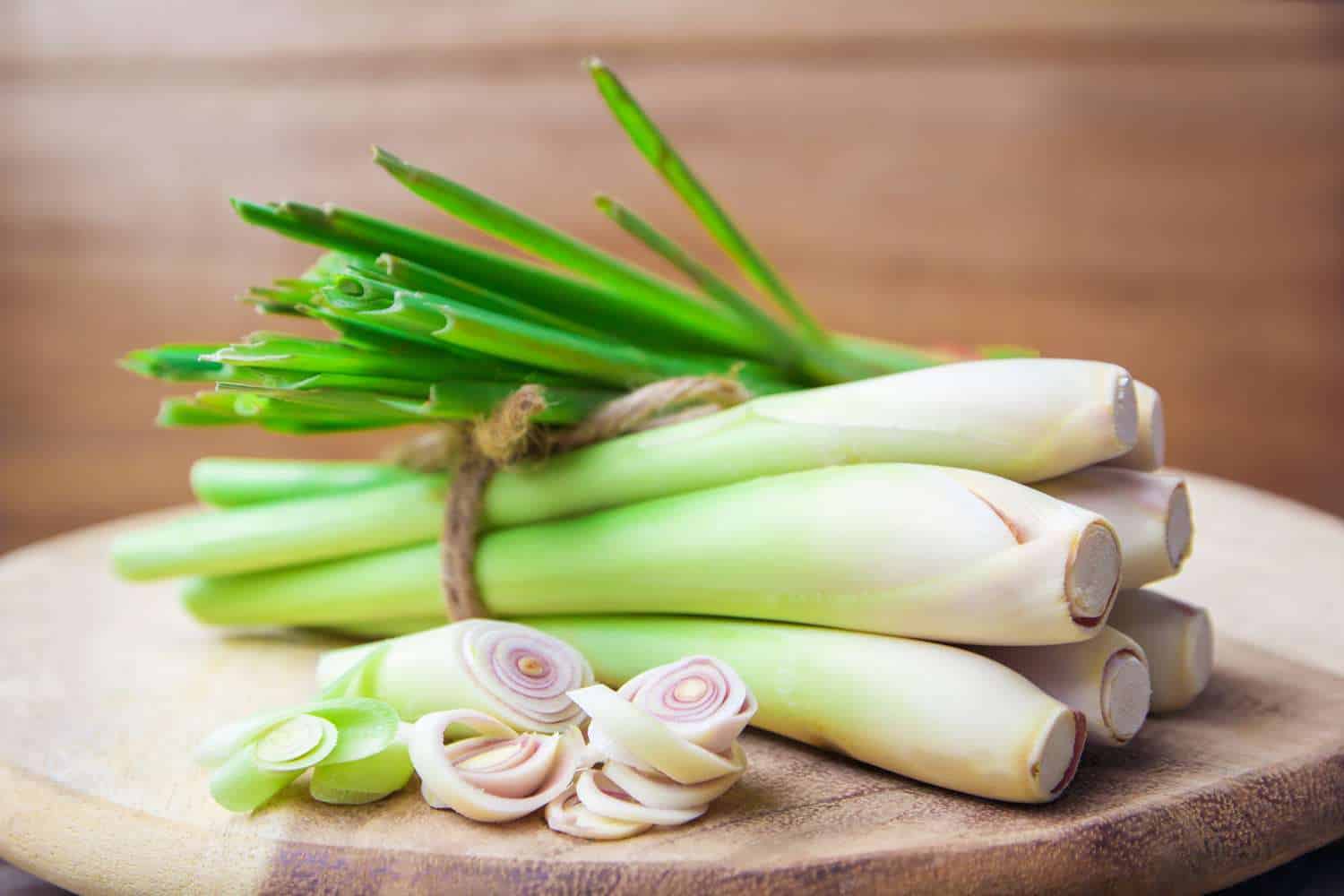 Lemongrass (citronella) is used as an herb in cooking a lot of Southeast Asian dishes, like tom yum soup. Often, the leaves and oil of lemon grass are used to make medicine because of its antibacterial properties and its power as an astringent. It is also used in a lot of cosmetic skincare products.

Lemongrass should not be consumed during pregnancy as the compounds citral and myrcene can have adverse effects on pregnancy (see details here).

If you are modifying a lemongrass recipe, you could double up the kaffir lime leaves in order to get the aroma up.

The concern with shrimp paste is listeria, a foodborne infection that would be bad for the fetus. As long as the shrimp paste isn't fermented, and it the can is sealed, it is considered safe because the canning process usually involved heating to a high temperature so there isn't a listeria risk.

Unfiltered fish sauce (also known as padaek) is a fish fermented to the point that it turns into a homogeneous fluid. Fish sauce in its raw, unfiltered form should not be ingested by mothers and mothers-to-be. In addition, fish sauce has a high salt content and may continue water retention during pregnancy.

Is tom yum soup safe to eat during pregnancy?

Some professionals say that tom yum soup is absolutely safe in moderation.

However, more rigorous recommendations say that tom yum soup should be avoided during pregnancy as some common recipes include lemongrass and unfiltered fish sauce, which is not recommended for consumption for expecting mothers.

Generally, the heightened concern is regarding lemongrass as an herb and ensuring that it is not consumed in large quantities and doses. Lemongrass teas and medicinal form specifically should be avoided.

Health Risks Due to Eating Tom Yum Soup During Pregnancy

It is important and highly recommended that you consult with your own physician who can advise on whether you can consume lemongrass, shrimp paste, and unfiltered fish sauce during your pregnancy.

Like all spicy dishes, tom yum soup has the myth of being able to induce labor. However, there's only ONE study that has a connection between eating spicy food and going into labor.

There is also the myth that spicy dishes may cause a miscarriage, but there is no scientific evidence to back this up either.

In general, due to lemongrass and unfiltered fish sauce, it is not recommended to eat tom yum soup unless you make a few substitutes for these specific ingredients. Read this recipe and check out the substitutions that you can make for tum yum soup! 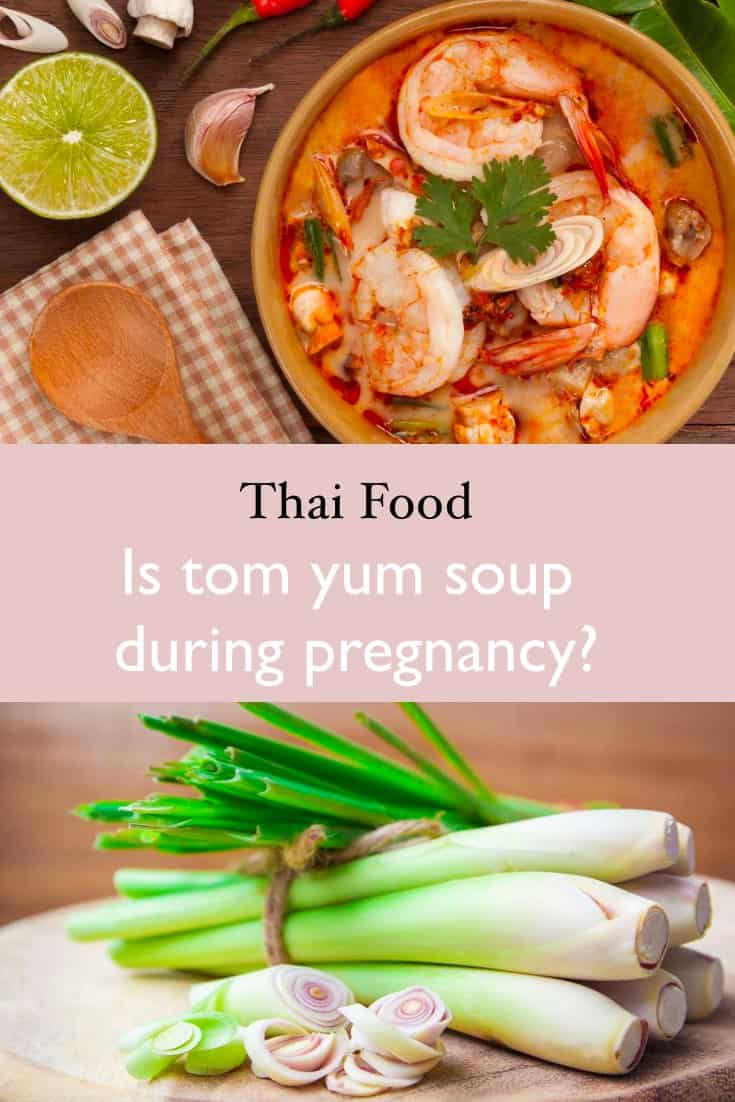