In this post, I'm sharing with you the differences between Vietnamese bun noodles versus pho noodles. There are a lot of Asian noodles to choose from when making bun or pho, so I'm going to explain the differences so you are using the right noodles for your dish.

Pho is the quintessential soup dish that westerners are familiar with. It's most commonly served as a beef broth noodles (chicken and vegetarian versions exist) with rice noodles.

There are also a range of bun recipes from Vietnam, and the most popular of these is Bun Bo Hue. 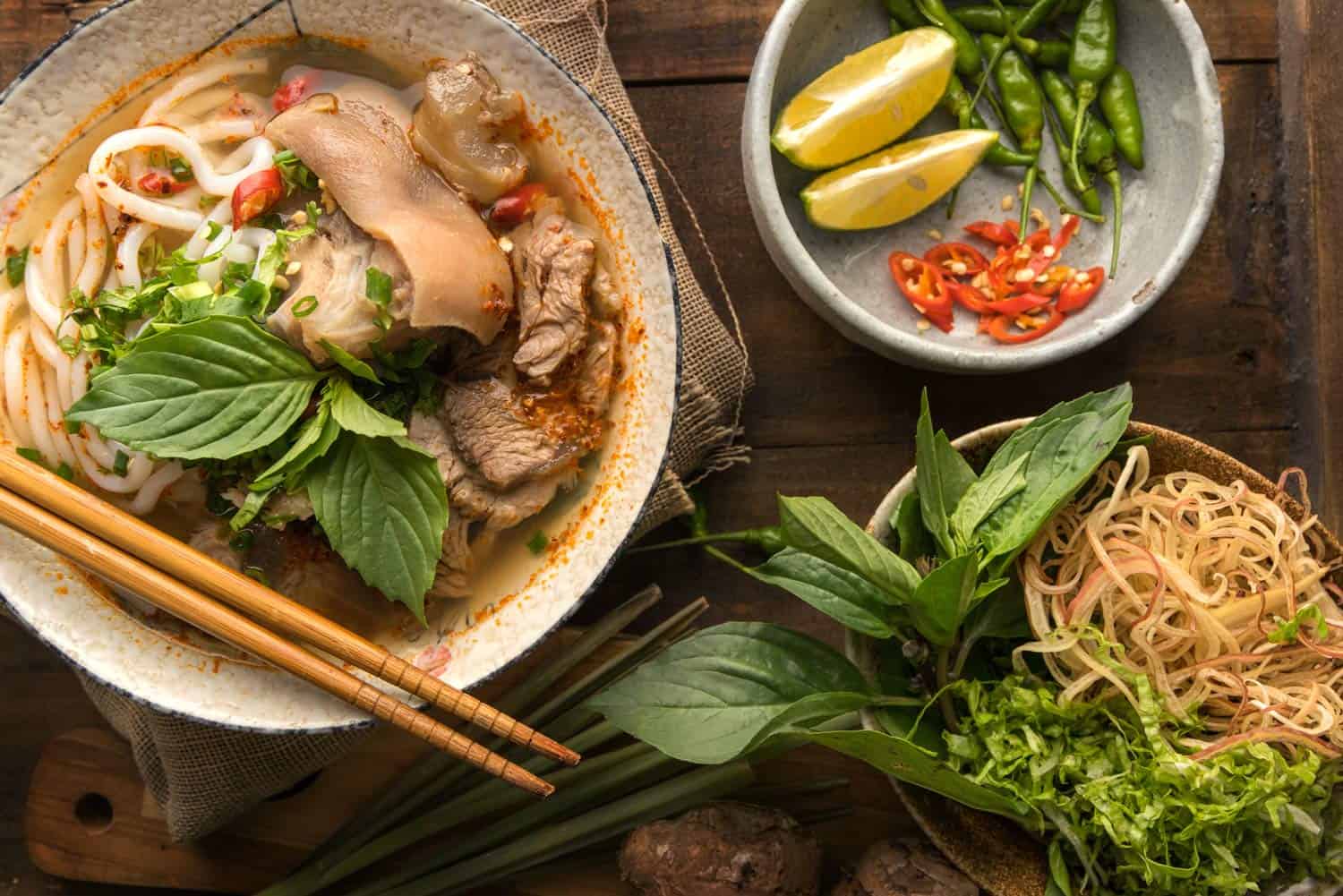 Vietnamese Dishes that Use Bun Noodles

Bun noodles are used in a variety of Vietnamese dishes. It can be served in a hot soup or served as a cold dish with toppings of fresh vegetables along with grilled meats. Some dishes that Bun can be used for include:

If you are looking for recipes outside of Vietnamese cuisine that use these noodles, check out my ultimate recipe for Khao Poon (it's delicious).

Vietnamese Dishes that Use Pho Noodles

Pho noodles are made with rice sticks, and rice sticks can be used in a variety of dishes. Often, Vietnamese dishes that use rice sticks include:

If you are looking for dishes outside of Vietnamese cuisine that use pho noodles, check out my recipe for delicious cheater Phad Thai.

Vermicelli noodles that I recommend include the ones that have the following logos on the packages: 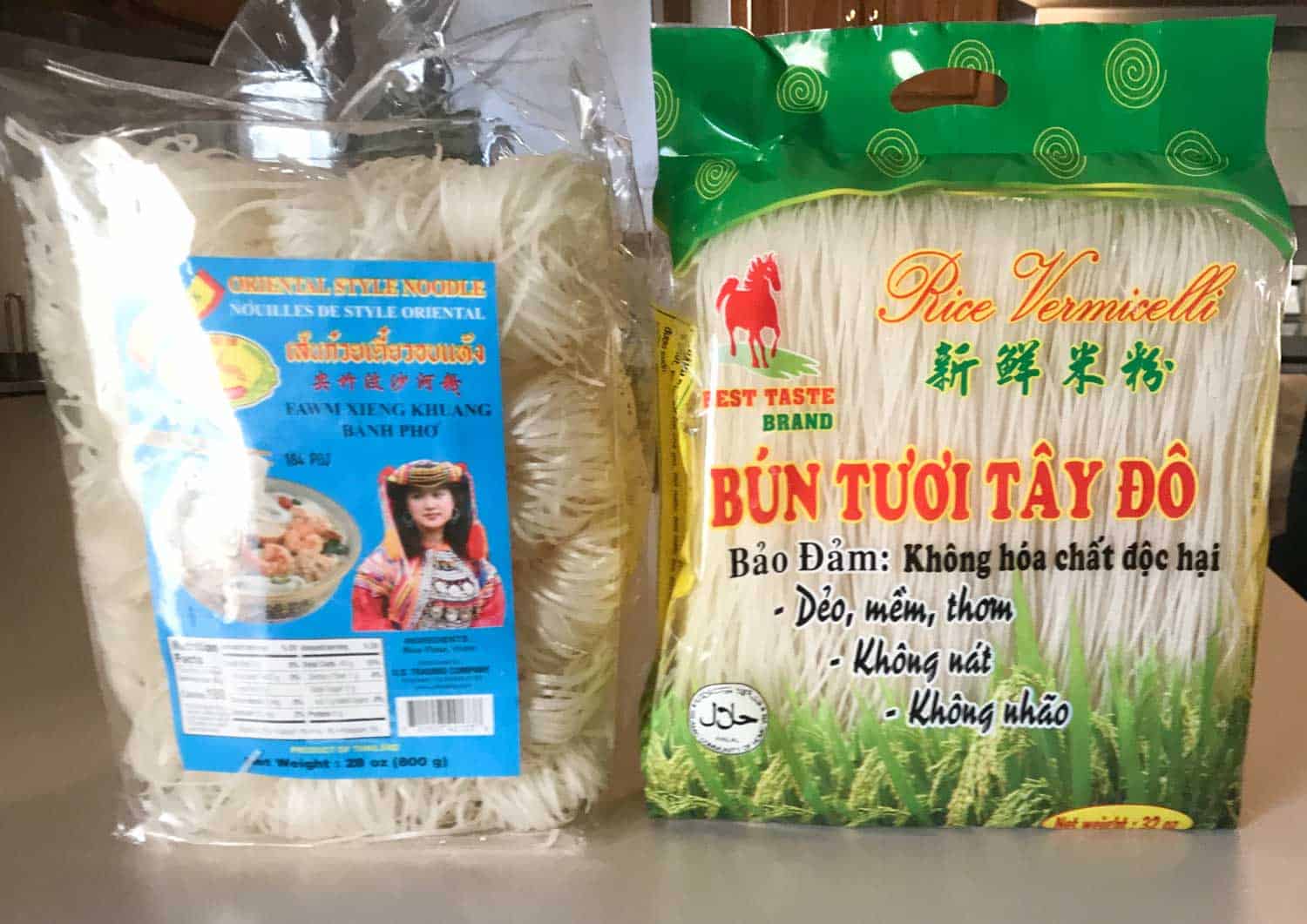 Pho noodles that I recommend include the ones that have the following logos on the packages: 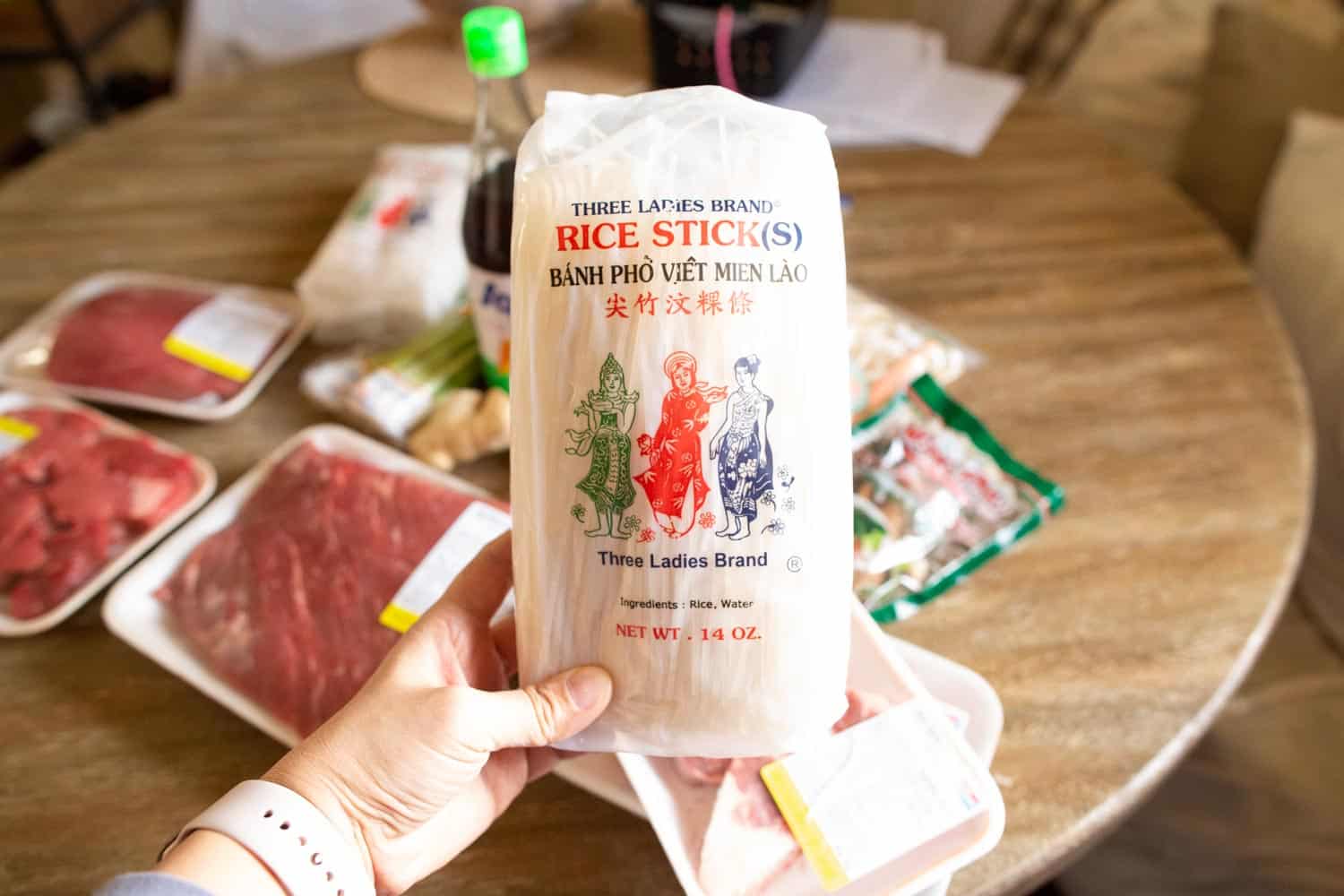 Summary of the Differences Between Bun Noodles and Pho Noodles

I hope this helps explain the differences between bun noodles and pho noodles. I know it can be daunting trying to replicate some of your favorite recipes without being familiar with the different ingredients, and then being bombarded by a wall of options in a language you might not understand. Hopefully, I gave you some guidance on the best brands to purchase for either making pho or bun.

If you liked this post on the differences between bun and pho noodle comparisons and now are willing to try some recipes that incorporate these ingredients, you might love and enjoy these recipes: 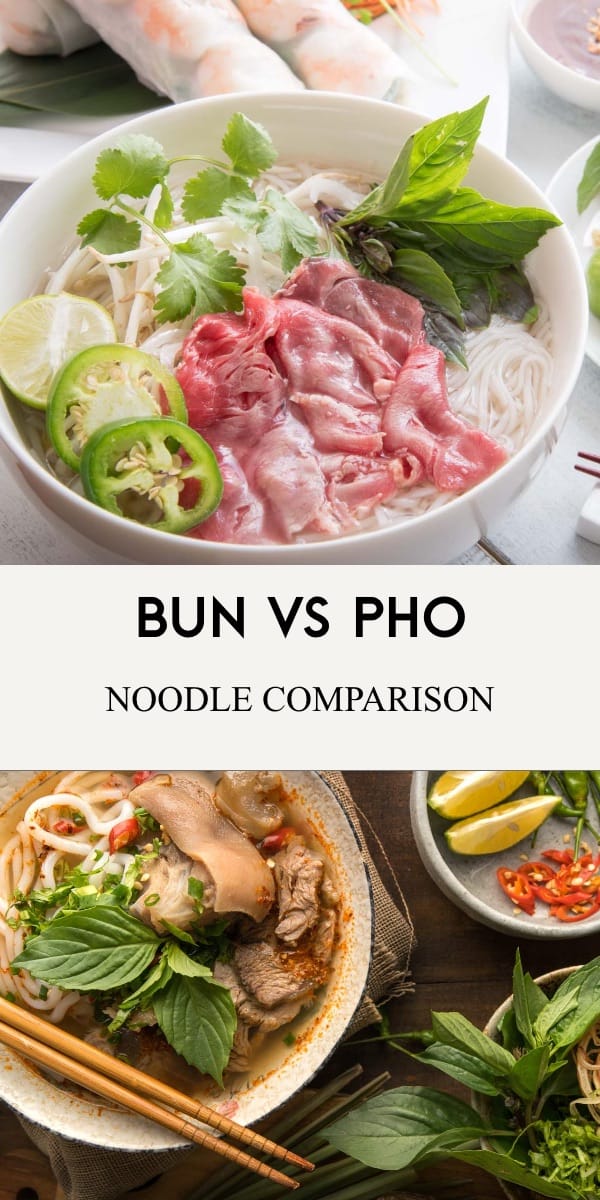 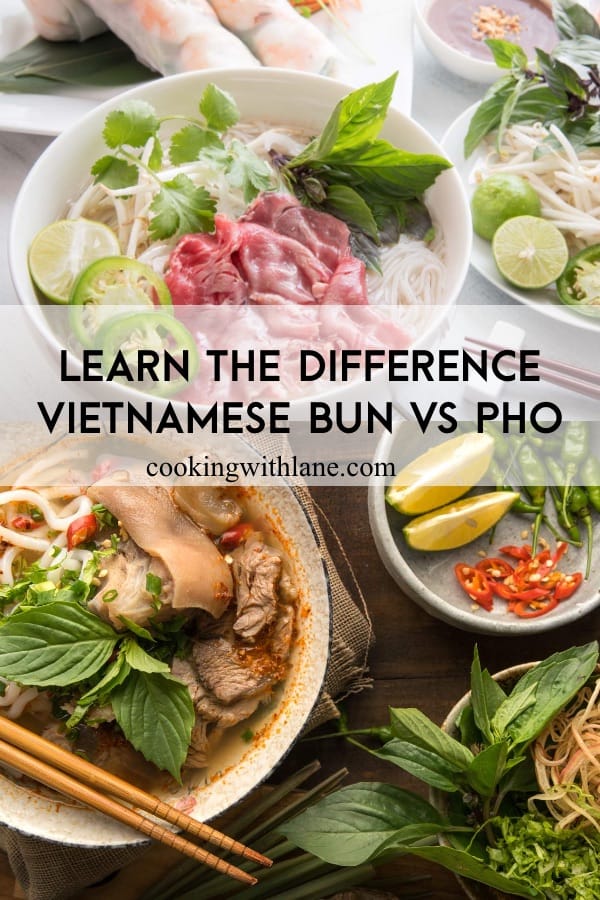 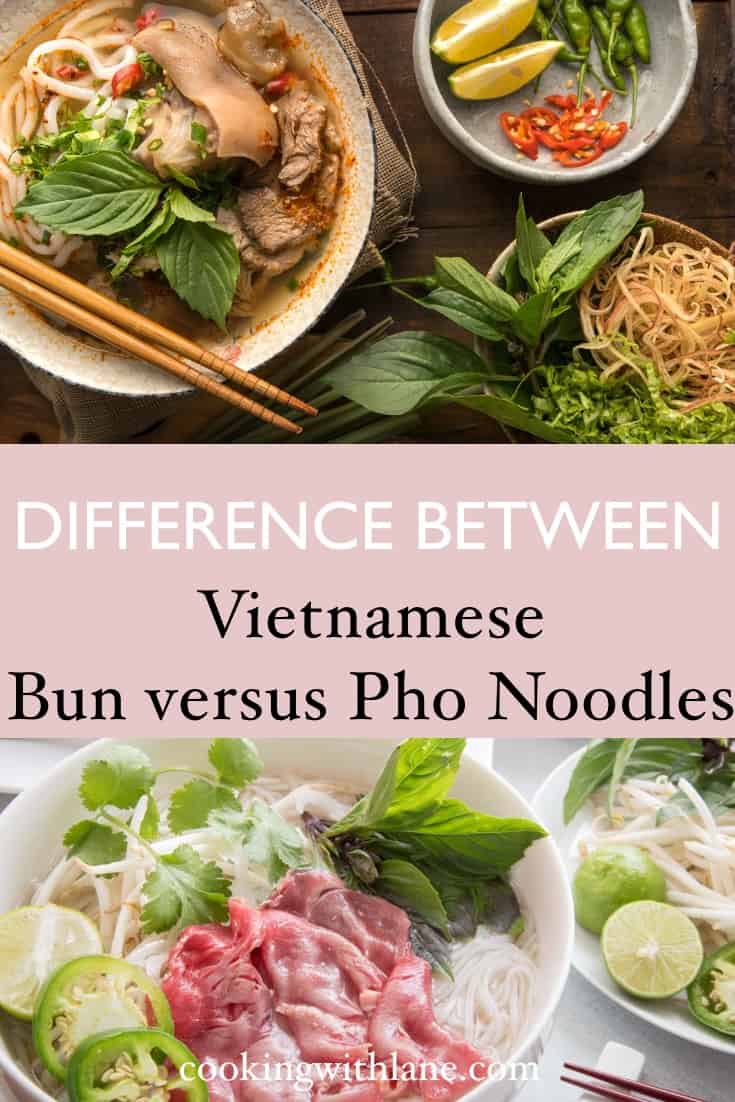 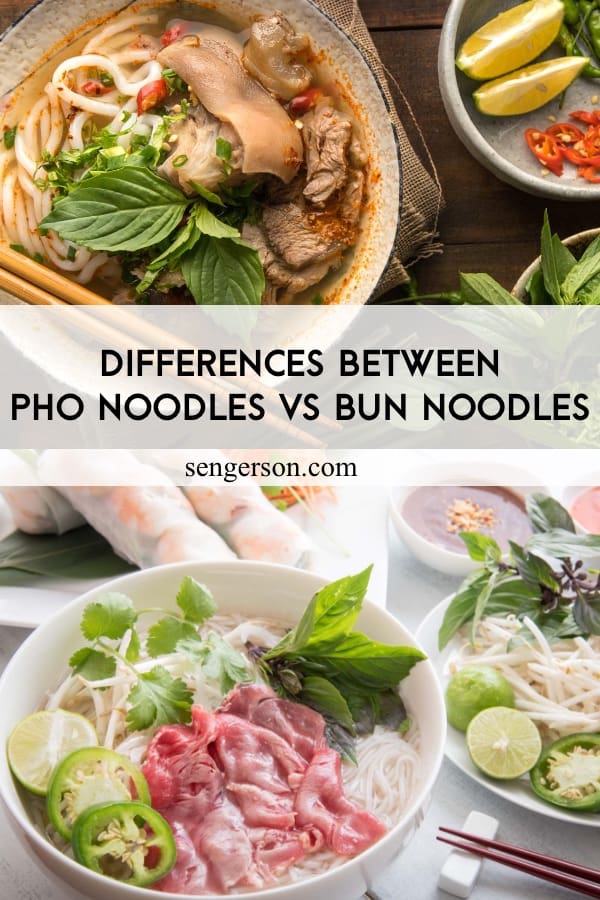