You are here: Home / Lao Recipes / Difference Between Laotian Pho and Vietnamese Pho

While Vietnam reigns as the originator of the infamous pho noodle soup, Laos has its own unique version of pho. In this post, we’ll talk through the differences between each country’s soup and how to spot the differences.

Pho is generally associated with Vietnamese cuisine, but there are regional variations of it in every part of Asia. Laotian pho has very similar preparation techniques, but with differences in ingredients and condiments. 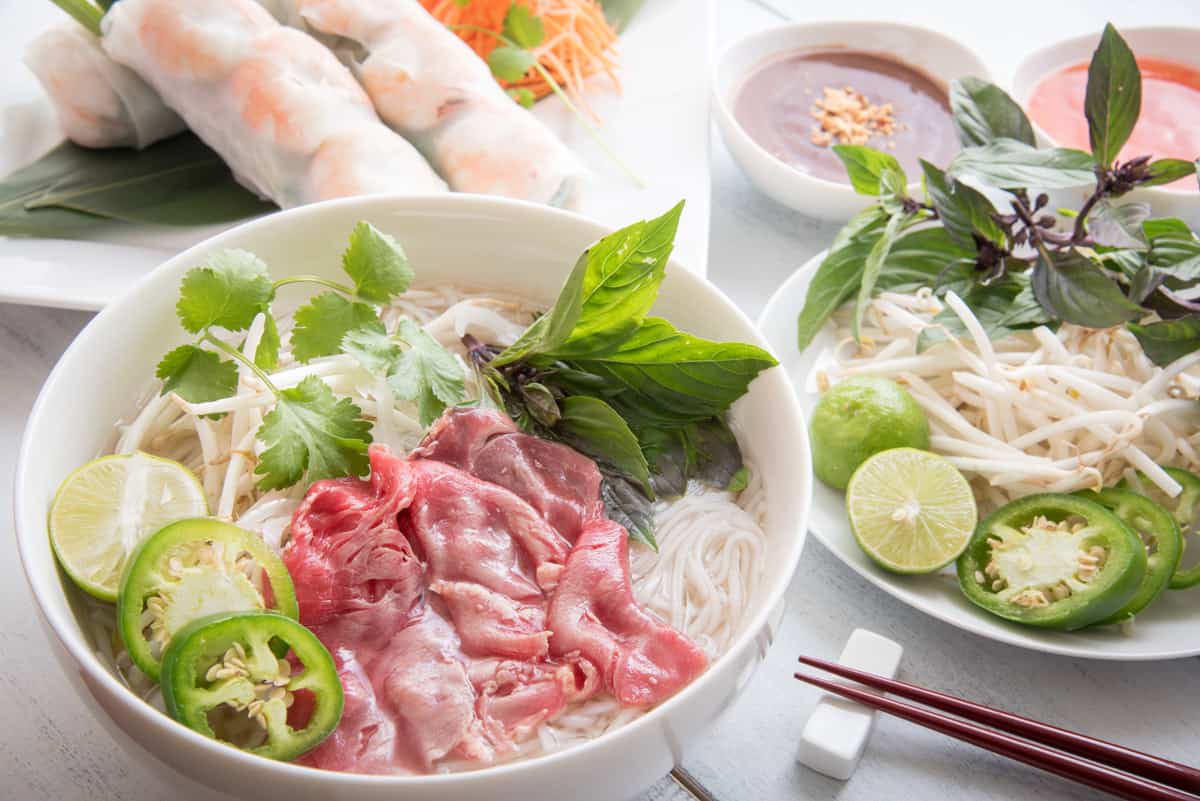 The difference between Vietnamese pho and Lao pho is that Vietnamese pho generally uses chicken or beef in the soup broth whereas Lao pho often uses pork broth topped with crispy pork on top. The rice sticks used in Lao pho bowls are often thinner than the Vietnamese pho bowls.

The pho bowls from both countries are prepared the same way, often garnished with fresh herbs and vegetables on top. Often, lime wedges, chili sauce, and hoisin sauce are commonly requested for both dishes. However, Lao bowls are often accompanied with sugar and shrimp paste as a condiment.

Finding Vietnamese versus Lao Style Pho at a Restaurant

Vietnamese restaurants are more prominent in western countries than Lao restaurants. Lao cuisine can often be found secretly hiding under the guise of Thai menu items in Thai restaurants.

Often, those who enjoy Lao pho can be identified when they order pho accompanied with sugar. It provides a sweeter taste to the broth (often 1-2 teaspoons are added).

You won’t find pork-based pho noodles at Vietnamese restaurants. If you are craving Lao pho without having to cook it, I would just recommend ordering it with your favorite protein and added some sugar. 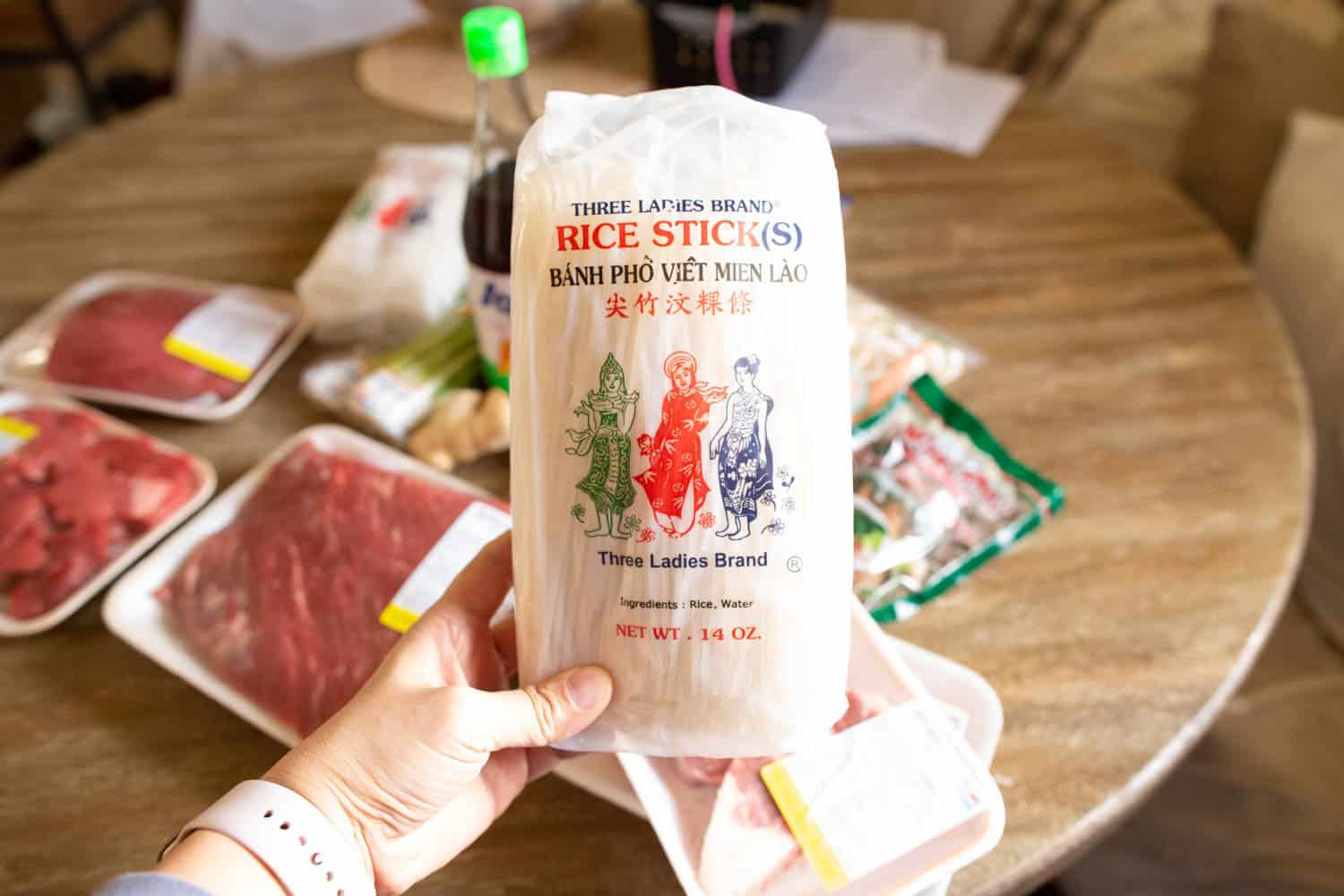 I’ve written a really simple recipe on making Vietnamese pho broth. You can use the same recipe, instead substituting pork neck bones during the broth simmering process. Just make sure you use thinner rice sticks and serving sugar as a condiment.

While pho may have originated in Vietnam, countries like Laos have adapted their own unique version of this delicious dish. What makes Lao noodles different than the popular recipe of Vietnamese pho noodles is the pork based broth and the addition of sugar. While it is a subtle difference, it is a distinction that must be noted. An authentic Lao cuisine experience will include celery and Thai birds eye chilis with some shrimp paste to dip into as accompaniments to a delicious pho noodle soup.