Vietnamese Pho is often served with a garnish plate full of delicious, fresh herbs. In this post, I’m going to share with you the most common herbs used and where you can find them.

If you have ever been to a Vietnamese restaurant and eaten pho noodles, you know what a delight it is when you get the plate full of fresh green herbs and vegetables. These herbs provide an absolutely amazing balance to the hot noodle soup as you crunch down on the vegetables while also taking a slurp of broth.

If you have ever wondered about the vegetables and herbs that you’ve been served, I’m here to share with you some of the most common accompaniments to this dish. 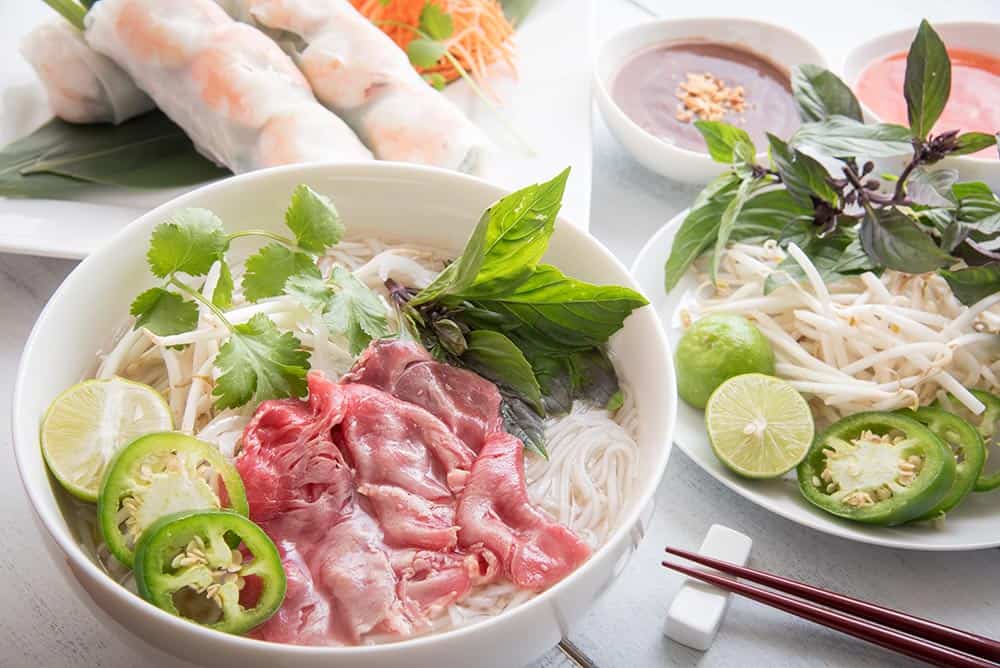 In most Vietnamese servings, cilantro and green onions will have been pre-chopped together ready for garnishing. These are generally the first greens to be added after the ladle of pho broth.

Vietnamese bean sprouts have a long white root and a yellow stem. These provide another level of texture and provide a crispy crunch to a bowl of pho. You can learn how to sprout them easily at home without a lot of fancy tools to get them absolutely fresh and also use bean sprouts in other Southeast Asian recipes here. 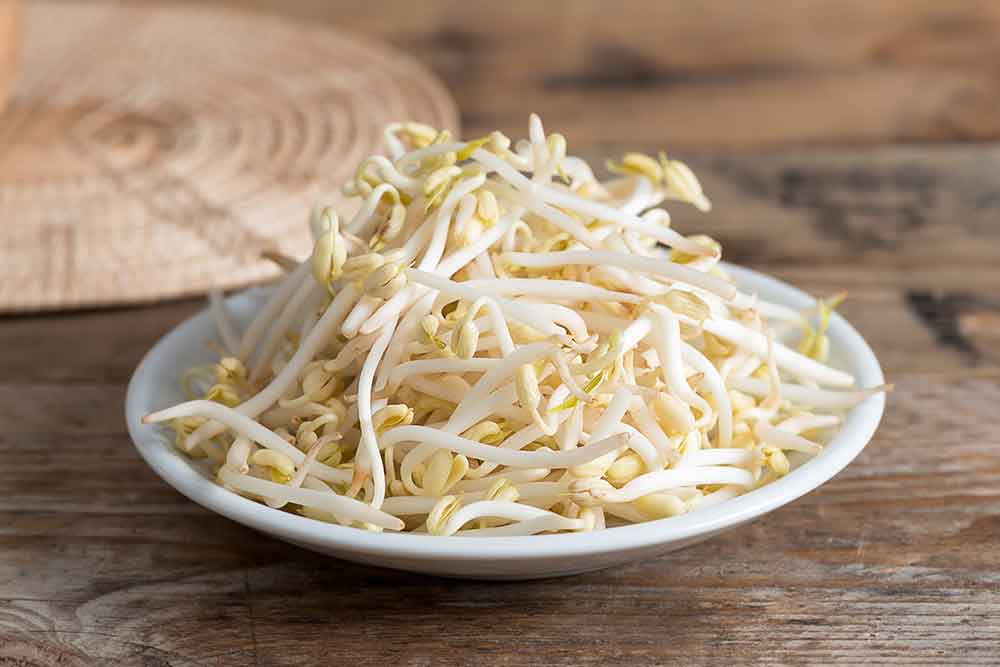 Thai basil is different than it’s sweet Italian cousin. These purple stemmed herbs with serrated leaves have a light layering blend of licorice and anise in both taste and smell. Generally, you’ll see this used in other Vietnamese dishes that call for herbs like banh xeo. 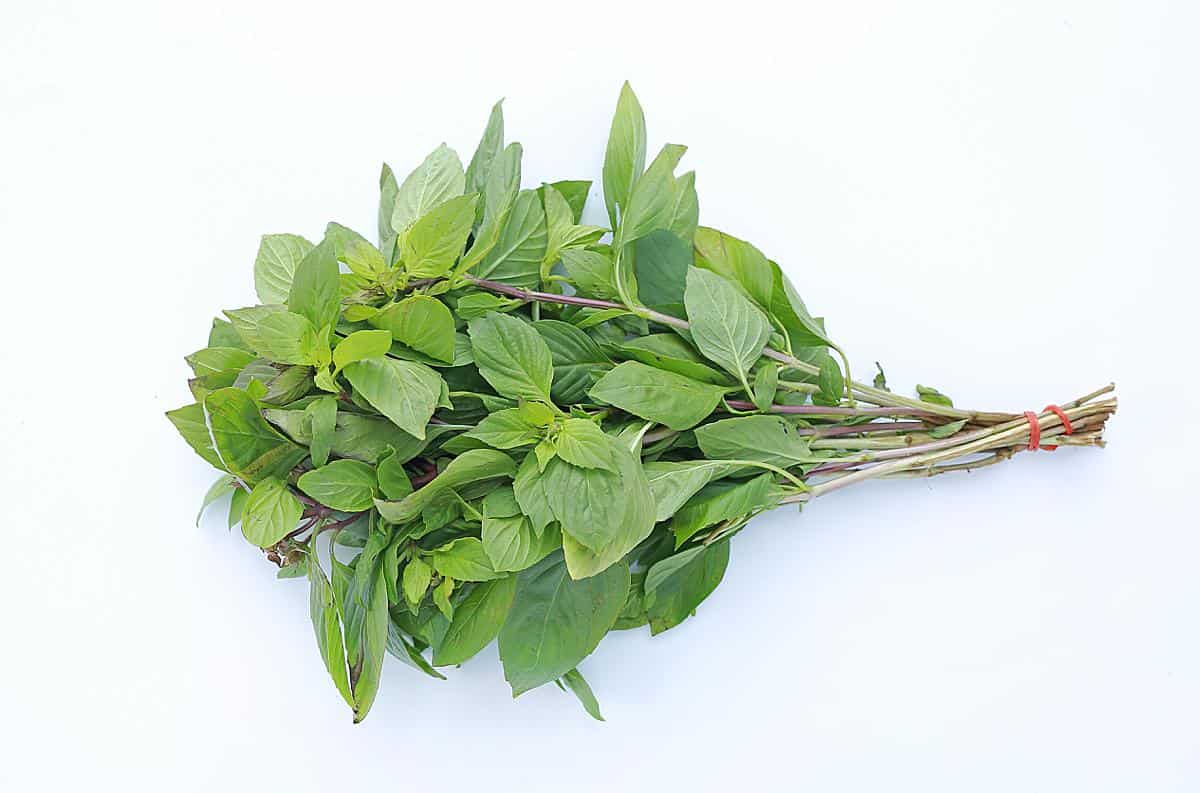 Spearmint springs are added for a mild, mint flavor that adds a bit of sweetness. These are often used in recipes like Vietnamese spring rolls. 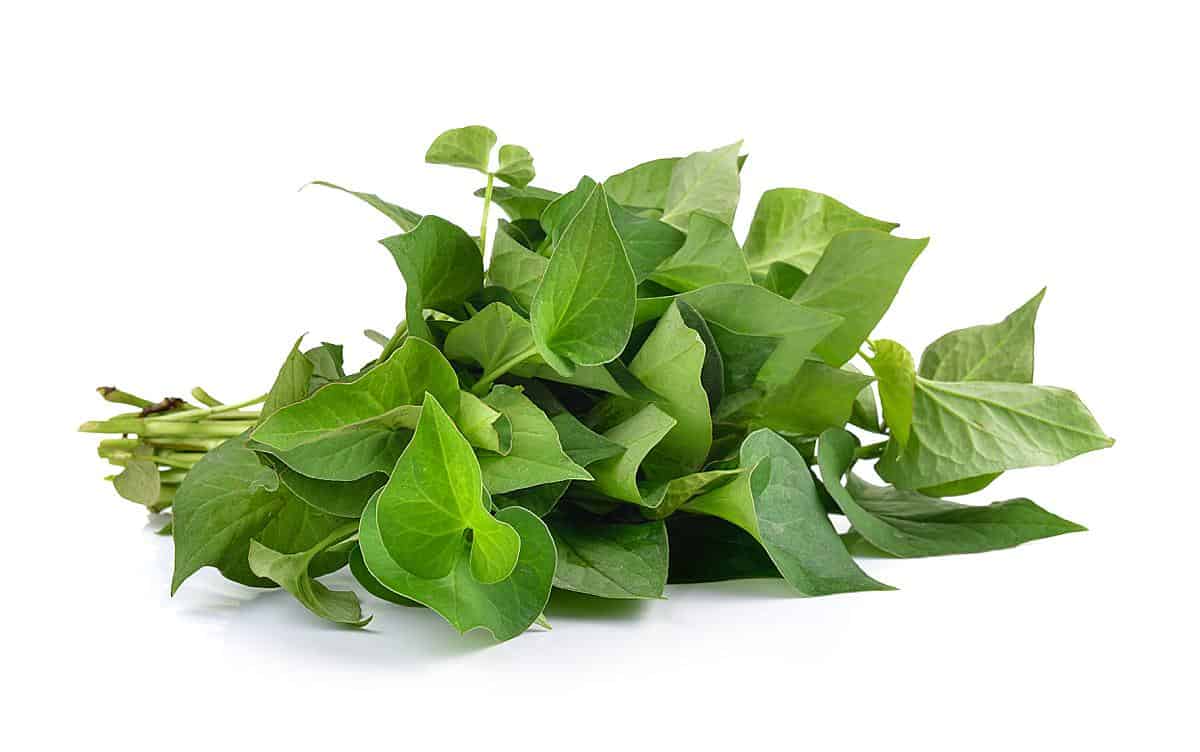 Culantro has deeply serrated leaves, which is why it’s known as the sawtooth herb. It’s flavor is akin to that of cilantro, and is often used because it doesn’t wilt as fast in hot soups. 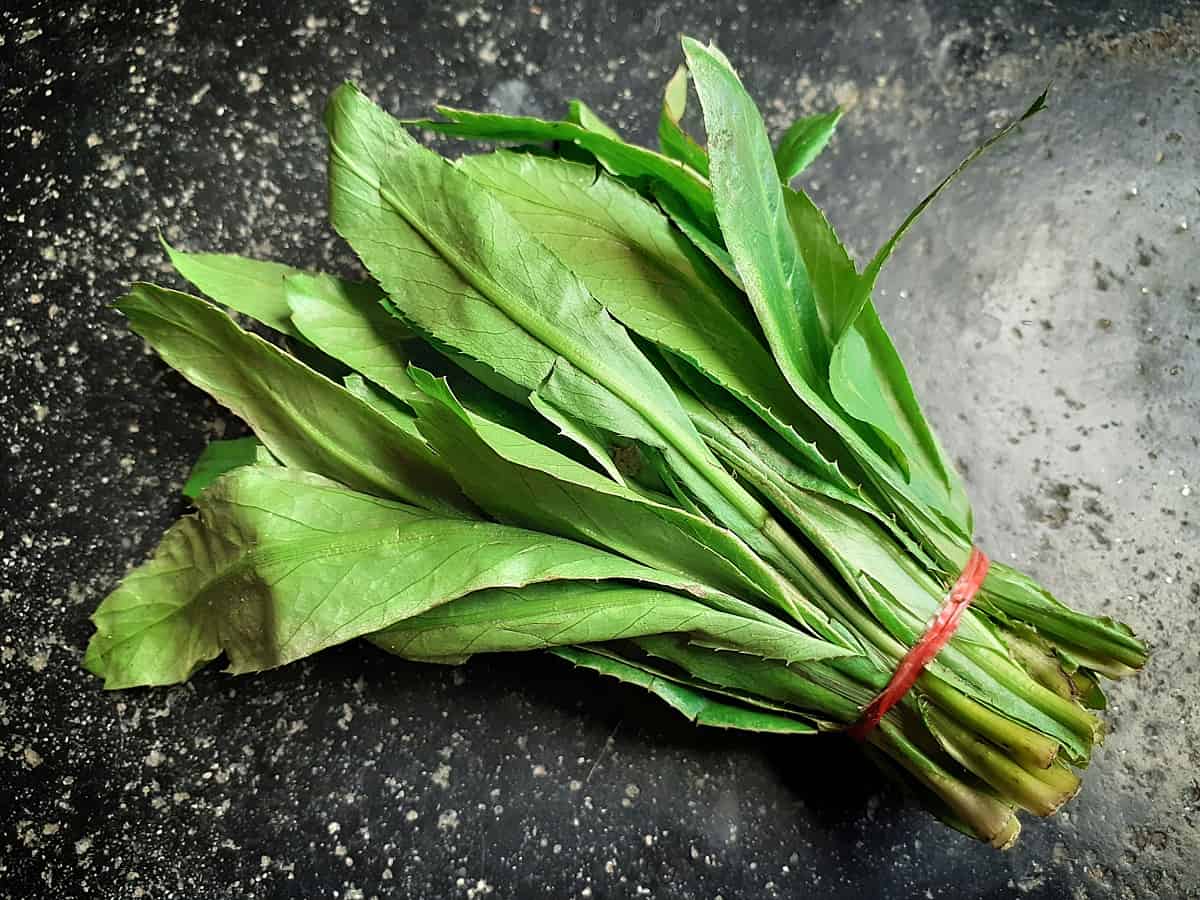 Thai birds eye chile peppers are long and spicier than serrano peppers. Serrano peppers are used less often in Vietnamese pho dishes. Both are used along with siracha sauce to level up the heat in pho noodles. 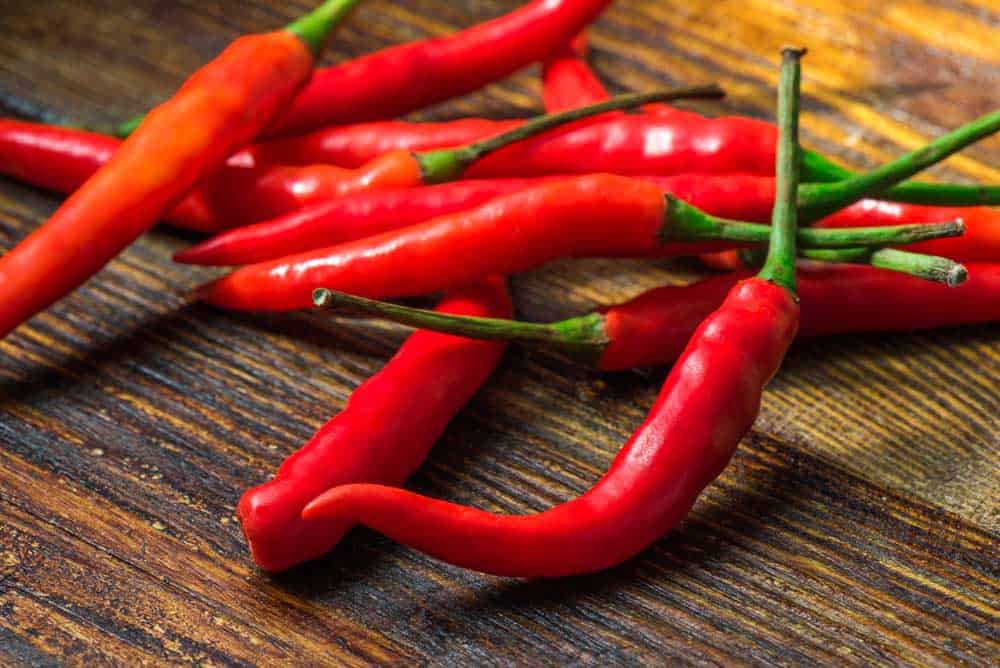 Lime wedges provide another level of boldness to the broth. Just 1-2 squirts of lime to the broth should be sufficient to dress it.

Rice paddy herbs is also served along side a hot bowl of pho to add a flavoring crunch of a mix between lemon and dill. The stems are hollow and have small leaves. 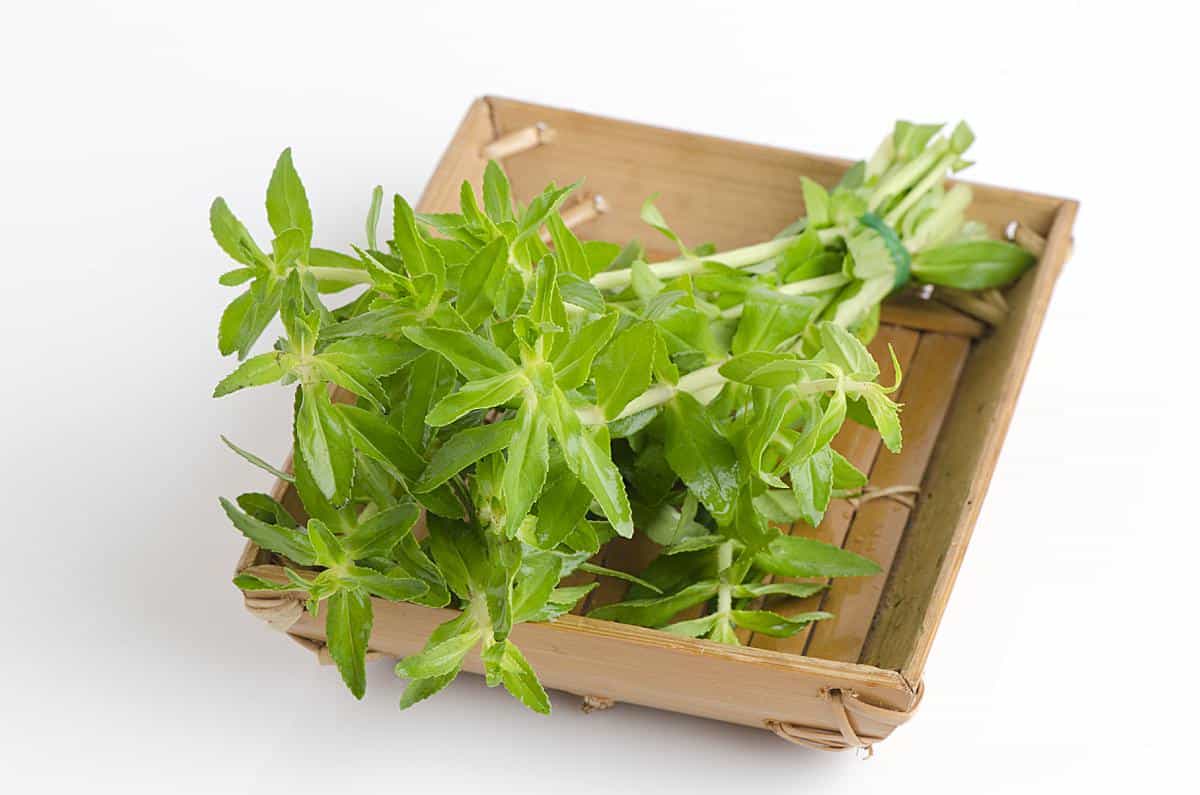 Other Garnishes for Pho Noodles

While those are the most common herbs, vegetables, and greens for pho, there are other garnishes in the forms of sauces and liquids that are used right before you add the herbs to personalize the soup to your own taste. Once the pho broth is served, you’ll want to sip the soup to determine whether the base is on the sweeter side. Once you know that, here are suggested guidances on seasoning garnishes to add:

Sugar is generally used in Lao pho recipes, but I believe that it makes the dish even more exquisite, especially if you prefer slightly sweeter dishes.

What type of mint is used with Vietnamese pho?

Spearmint is generally used with Vietnamese pho over Italian peppermints.

Pho broth is made by adding in charred onions and ginger followed by whole spices like anise, fennel, coriander, cloves, cinnamon sticks, and cardamom pods.

Can you eat pho without garnishes?

You can absolutely eat pho without garnishes. However, it would be like eating a sandwich without lettuce, tomatoes, and onions. The fresh herbs and vegetables tend to bring out and balance the delicious flavors of the broth. 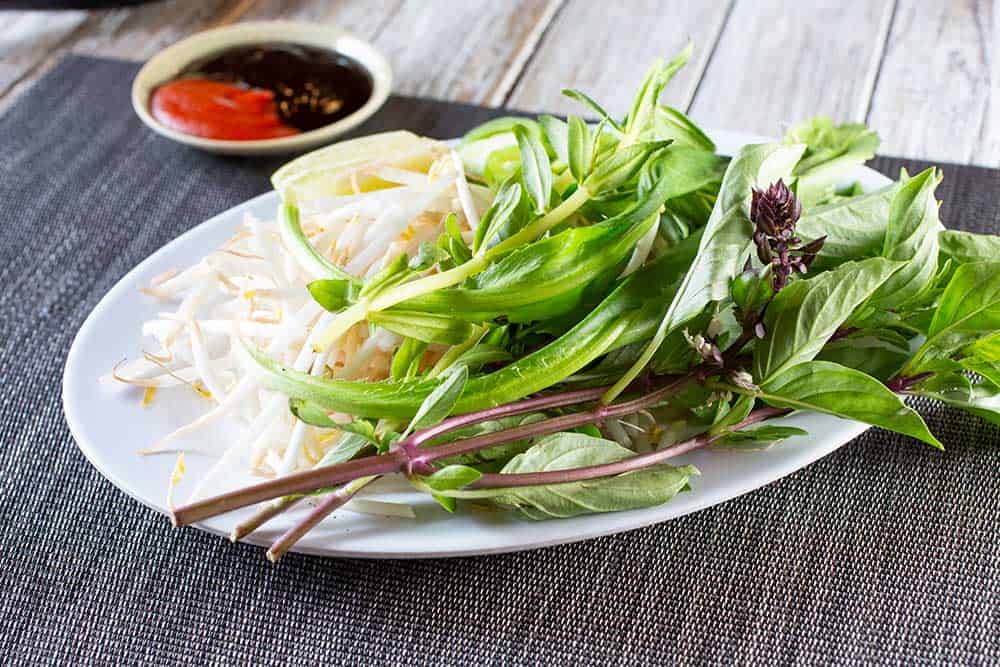 I hope this provides you a quick overview of the wonderful garnishes that are used in Vietnamese pho noodles. The best part about Vietnamese cuisines is that it leans into using fresh herbs without having to cook them down. When you are slurping up your next bowl of hot, steaming pho, take a bite inoto some of these fresh herbs to get that delightful balance of texture and flavor.