Home » What's the difference between Khao Soi and Khao Poon?

Are you wondering what the difference is between Khao Soi and Khao Poon? I’m going to talk through the ingredients, the preparation, as well as the nutritional comparison between both of these very popular noodles from Thailand.

Both Khao Soi and Khao Poon are popular curry noodle soups from Thailand. The base of both soups involves using coconut milk or coconut cream along with various spices that turn the soup into a flavorful orange soup that allows the noodles to marinade in.

Khao Soi and Khao Poon are both noodle dishes that while they share similar ingredients, they vary due to the noodles that are used as well as the ingredients that make up the base of the soup.

The differences between these Thai noodle soups is that Khao Soi has a mixture of soft and crispy noodles whereas Khao Poon uses vermicelli noodles.

Khao Soi derives its flavor from curry paste, black peppercorns, and coriander seeds and uses wide egg noodles, some of which are fried.

Khao Poon gets it's flavor from lemongrass, kaffir lime leaves and is served with vermicelli noodles.

Both dishes use a curry paste to start the soup base and uses chicken as the protein ingredient. Both Khao Soi and Khao Poon provide a flavor profile that is deeply flavorful due to the richness from the coconut cream that is used. 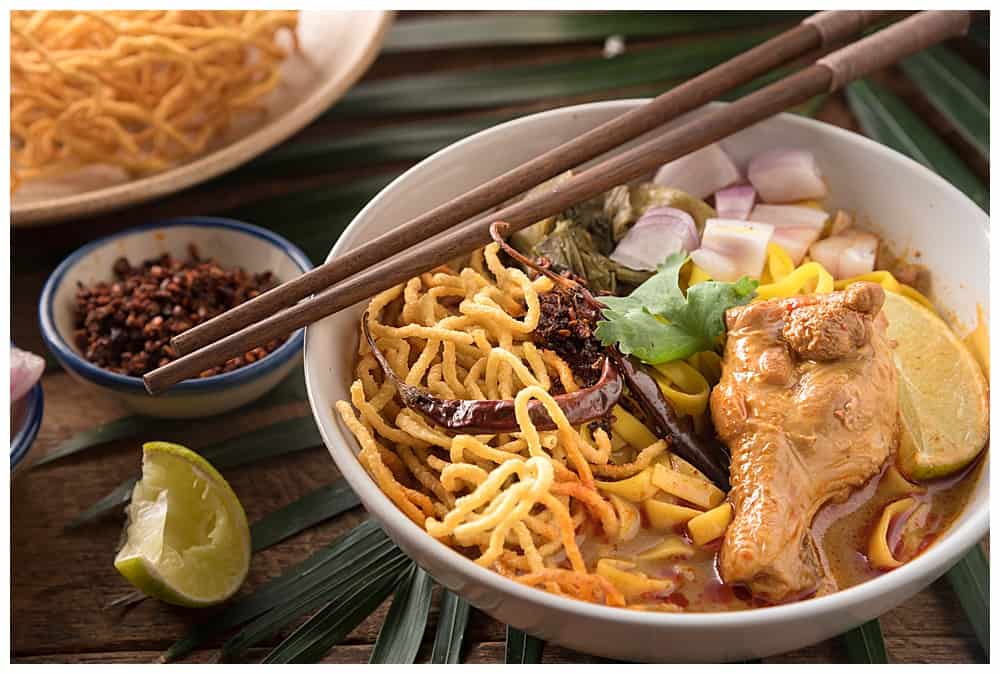 Khao Soi tastes like spicy red and green curry, but it is served as a soup that has more spices that add richness and flavor. Khao Soi has a spicy broth that melds together coconut cream and red curry paste. When Khao Soi is served, it is topped with fried egg noodles alongside blanched noodles that have the curry soup based ladled over the top of it accompanied with pickled cabbage, shallots, chilis, and lime.

Khao Soi translated means "cut noodles", which refers to the wide egg noodles that are used in the dish. 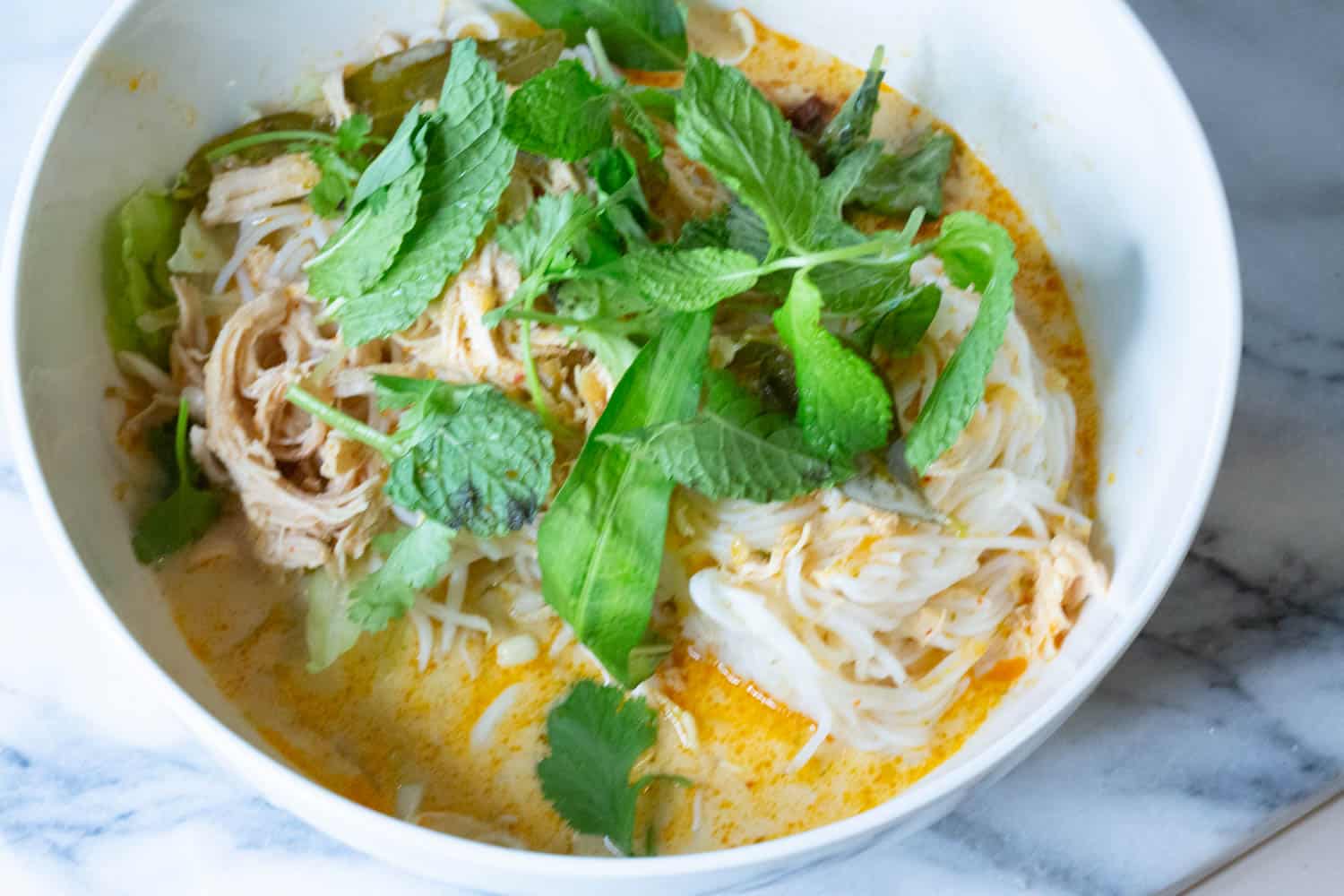 Khao Poon tastes like a red curry with the richness of the cream of the coconut milk. It is common held as being a comforting, homemade dish that is considered healthy. It is served as a curry noodle soup that is topped with shredded cabbage, sprouted mung beans, banana blossom, and a lot of different Lao and Thai herbs.

Khao Soi is a dish from Northern Thailand with numerous regional influences. Common believe is that Khao Soi was developed from the influence of Chinese muslims that traveled within the region.

Khao Poon (which is also known as Lao Laksa) is a dish that originated in Laos, and variations of this recipe can be found in most Indochina countries with different ingredients and spices removed and/or added.

Overall, both Khao Soi and Khao Poon have similar calories per single serving bowl. Khao Soi has 436 calories whereas Khao Poon has 443 calories per bowl. Calories may vary based on toppings and amount of noodles used in each serving.

Both Khao Soi and Khao Poon are delicious Lao and Thai curry noodle soups that are flavorful, authentic, and absolutely delicious.

If you loved this comparison post between Khao Soi and Khao Poon, you might also love these posts: 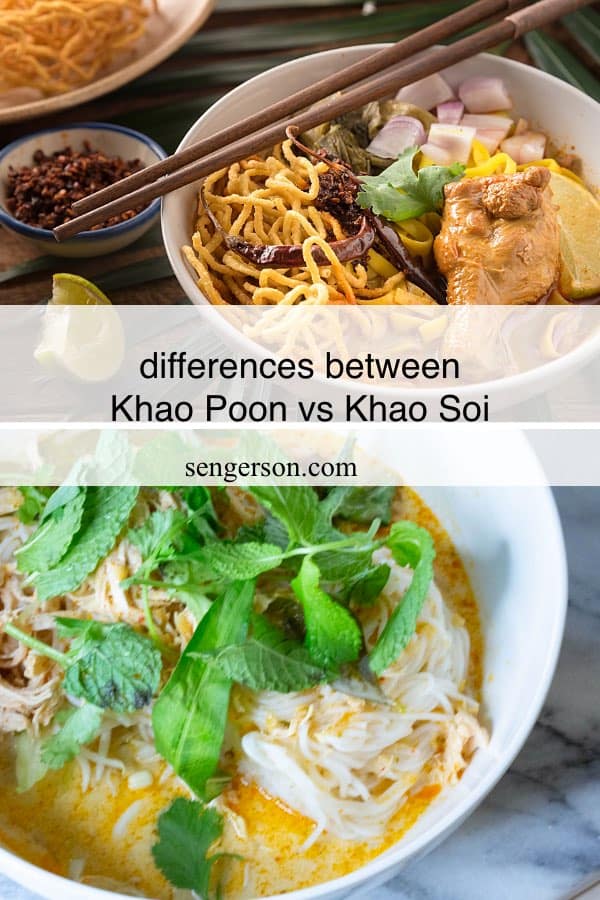 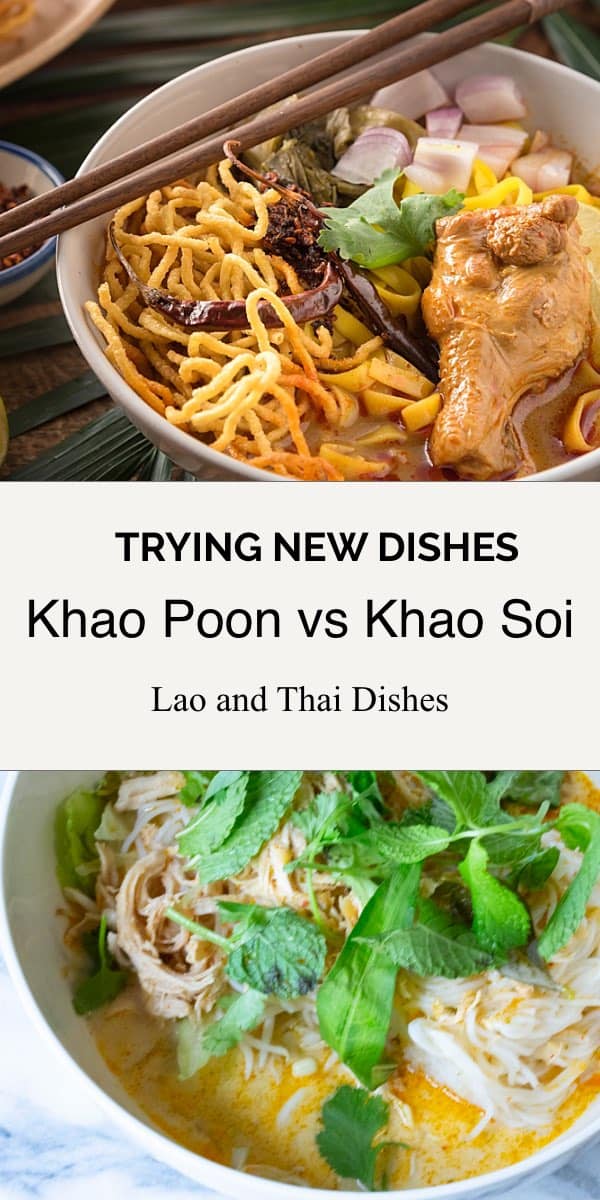 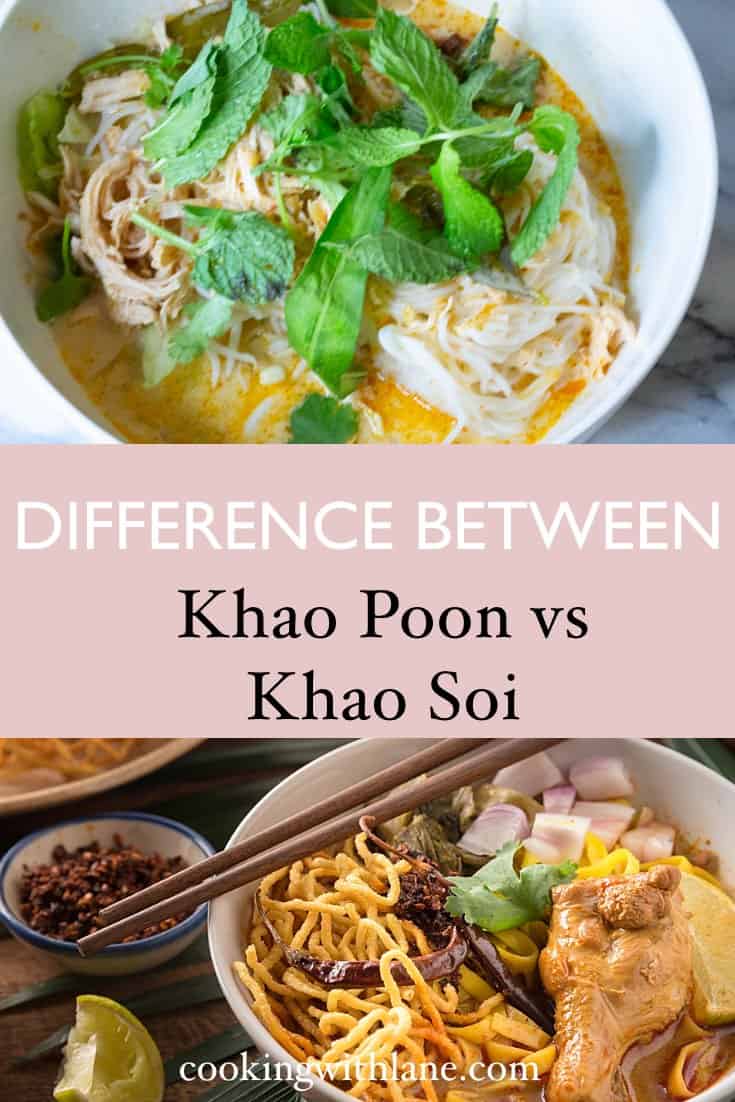 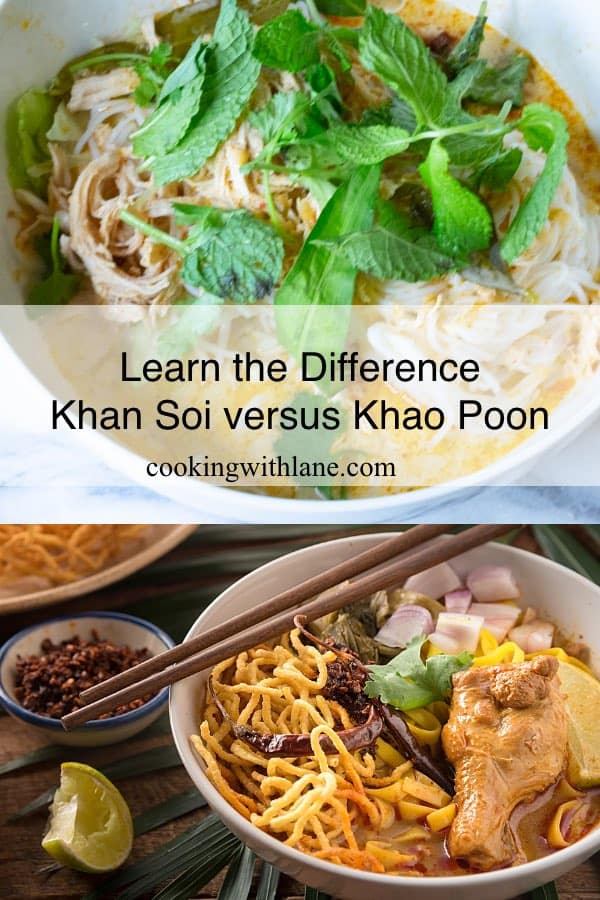